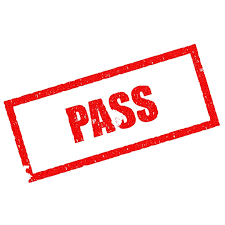 Gairloch in Scotland has the highest pass rate -a whopping 86.5%. Now we are not suggesting you head up to Scotland to take your test just because it has the highest pass rate, in fact quite the contrary, we believe it is important that you are confident driving in both urban and rural areas, be able to deal with pedestrians in urbanised areas as well as varying types of road and traffic conditions. Now learner drivers are allowed on the motorway (with an an instructor in a dual controlled car)  if possible you should have some motorway tuition too.

In general most of the highest driving test pass rates are in Scotland – in our opinion this is most probably because there is less going on in rural areas, no complex roundabouts or routes to deal with however the large, urban test centres also tend to be in areas where more people may be on lower incomes. This may mean they have taken fewer driving lessons prior to taking their test.

Edmund King, president of the AA, said it was not possible to attribute the disparity in pass rates to the difference in driving in urban and rural areas as “both have their challenges”. But he would “never encourage learner drivers to book their test at a centre with a higher pass rate” we have to agree with him on that.

The hardest place to pass your driving test

Could Birmingham – The Pavilion be the UK’s toughest driving centre? The test centre had a pass rate of just 28.6% las year and roughly just under 40% of learners who live in the West Midlands passed their test. Other areas with a poor pass rate include Speke in Liverpool and Belvedere in London and Leeds. To be honest it should not matter where you take the test, as you should be able to drive in any area and we will try to ensure you are ready for this.

If your area has a poor pass rate don’t worry it doesn’t mean you wont pass first time, just make sure you are confident and ready for test . If you want to learn to drive quickly and don’t want to wait months to be driving then think about taking an intensive driving course with us and hopefully passing quickly first time

Want to know the pass rate at your test centre?

Do you live in an area with a high pass rate? You can check out the driving test centre pass rates below, but in all honesty other than for data they do not really give us much insight other than it would seem more rural areas have better pass rates – to pass you should really be able to drive in town or rural areas, so in our opinion don’t read too much into this!